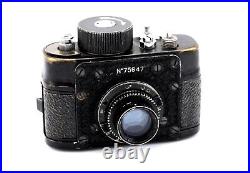 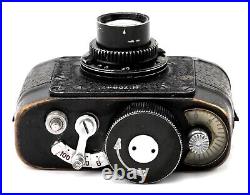 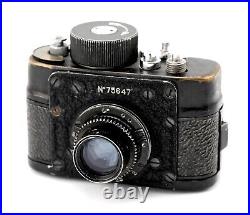 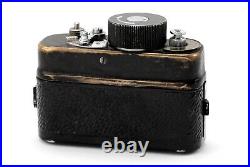 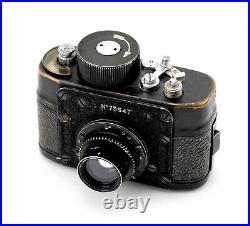 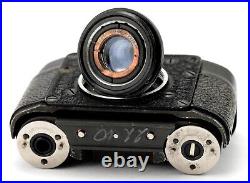 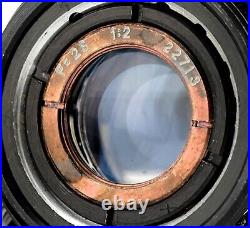 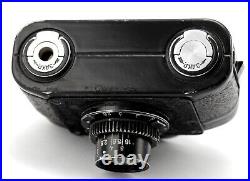 Krasnogorsk F-21 KGB Vintage Subminiature Spy Camera. F-21 KGB Spy Camera. The F-21 is a famous Soviet-made photo camera for concealed use; a spy camera in simple words. This model was in production at KMZ plant from 1951 to mid-1990’s. This camera was designed and made with its purpose in mind – it is very small, light, can shoot the entire roll of film from one fill wind of its spring-loaded motor. Picture quality was, of course, very important as well, so the F-21 features a very sharp, high-resolution lens and a reasonably large negative size. The frame is 18×24 mm, taken on a 21 mm film. So technically, using the 35 mm terms, the F-21 is a half-frame camera. There were many attachments for the F-21, all intended to conceal it in different ways. There are belt buckles, coat buttons, purse and bag adapters. There are ordinary 35 mm cameras and umbrellas that could accommodate the small F-21. Some accessories, like the button, were made in small quantities, some – in single units. The F-21, as its name suggests, uses unperforated 21 mm film. This film is not readily available in stores but can be easily cut from any 35-film using a 21 mm slitter, either self-made or ordered from some submini stores. The camera was meant to use a 60 cm long film, which would hold up to 20 frames. This limitation was determined decades ago by the thickness of the film; modern films are thinner, and the F-21 cassette can hold longer strips of film. The cassette must be loaded with film in the dark but can be placed in the camera in daylight. It is made in the same was the dual cylinder Leitz and Zeiss cassettes were made – it opens inside the camera when the bottom locks are turned to “locked” position. The standard lens is OF-28T, 28/2.8, coated. There are 4 shutter speeds – B, 1/10, 1/30, 1/100. Condition: THE CAMERA LOOKS NICE AND WORKS FINE. This item is in the category “Cameras & Photo\Vintage Movie & Photography\Vintage Cameras\Subminiature Cameras”. The seller is “aofphoto” and is located in this country: US. This item can be shipped to United States. 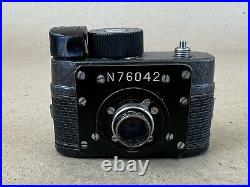 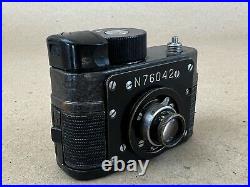 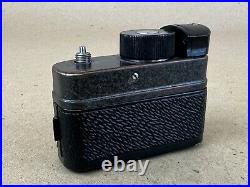 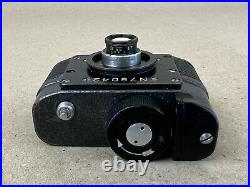 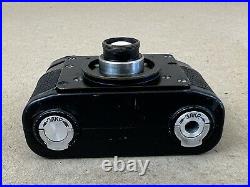 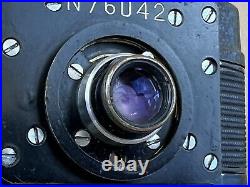 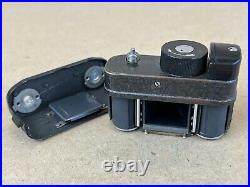 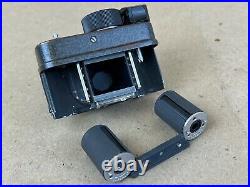