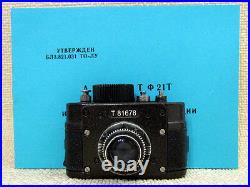 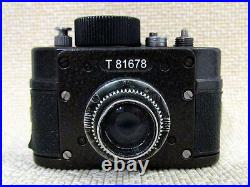 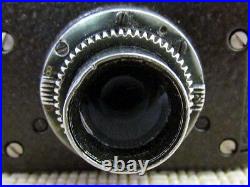 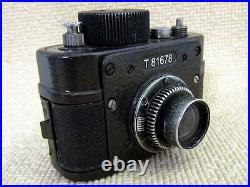 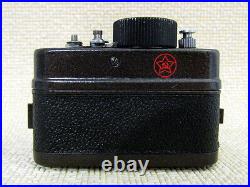 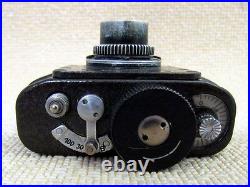 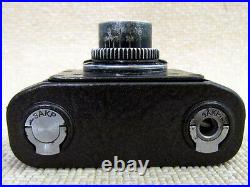 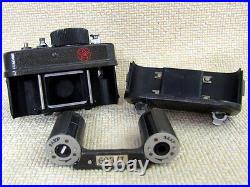 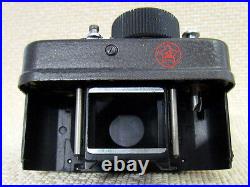 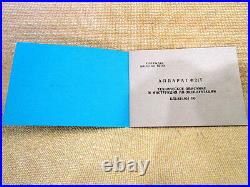 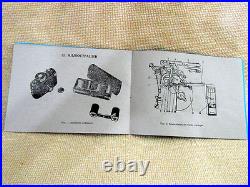 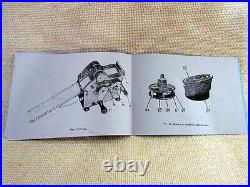 A Committee of State Security of the USSR (KGB) is an allied-republican organ of state administration in the field of providing of state security at Council of Ministers of the USSR, formed on March, 13, 1954 by a selection from. Of the USSR of row of managements, services and departments. The organs of state security, boundary troops and troops of governmental connection, organs of military counter-intelligence, educational establishments and research establishments, were included in the system of KGB. Andropov, being Chairman, obtained the increase of status of organs of. And conclusion from the direct submission of Council of Ministers of the. On March, 20, 1991 got status of central organ of state administration the. By the headed minister of the. Abolished from Decembers, 3, 1991. The F-21 is a famous Soviet-made photo camera for concealed use; a spy camera in simple words. This model was in production at KMZ. Plant from 1951 to mid-1990’s. This camera was designed and made with its purpose in mind – it is very small, light, can shoot the entire roll of film from one fill wind of its spring-loaded motor. Picture quality was, of course, very important as well, so the F-21 features a very sharp, high-resolution lens and a reasonably large negative size. The frame is 18×24 mm, taken on a. So technically, using the. Terms, the F-21 is a half-frame camera. The F-21, as its name suggests, uses unperforated. This film is not readily available in stores, but can be easily cut from any 35 film using a. Slitter, either self-made or ordered from some submini stores. The camera was meant to use a. Long film, which would hold up to 20 frames. This limitation was determined decades ago by the thickness of the film; modern films are thinner and the F-21 cassette can hold longer strips of film. The cassette has to be loaded with film in the dark, but can be placed in the camera in daylight. It is made in the same was the dual cylinder Leitz and Zeiss cassttes were made – it opens inside the camera when the bottom locks are turned to “locked” position. F-21 Button Camera – An ingeniously concealed version of the F-21. Special housing with remote release attaches to the front of the camera. The camera remains concealed, while the front projects through a buttonhole. A coat button conceals the lens. In the center of the coat button are four holes with thread, as though the button is sewed on normally. In reality, the center of the button splits and opens upon squeezing the remote release which simultaneously fires the shutter of the camera. Over the years, the coat button disguise and the basic F-21 camera evolved. On type 1 of the button cradle, the diaphragm is controlled by a lever in the corner of the cradle. On type 2, the diaphragm settings can be made from the remote release handle. The type 3 button disguise was modified to allow for metering through a tiny hole near one edge of the button, since later versions of the F-21 camera has CdS metering. Short description of camera. I bring to your attention very rare vintage. (CCCP) Russian collectable, Soviet mini camera AJAX F-21 with spool and manual for. The camera body serial number: T81678. All features have been tested and work properly. Shutter speeds look appropriate. Glass on lenses is clean, no fungus. This unique camera was kept till our time in good condition. Any defects not mentioned but visible in the pictures will be considered as described. Getting such thing you do good capital investment. Every year the price for them will increase only! This camera is a stylish acquisition for collectors, good present or for everyday use! The standard lens is OF-28T, 28/2.8, coated. There are 4 shutter speeds – B, 1/10, 1/30, 1/100. 1:2.8 (settings from 2.8 to 16). At f/5.6 depth-of-field is. Infinity At f/16 depth-of-field is. B, 1/10, 1/30, 1/100. L x H x W = 77x55x40 mm (3″x2.2″x1.6). 20 to 55° C or -4 to 131° F. I will send all items to Worldwide. Be ready for these terms. All items will pack very securely, to fully ensure that – the item arrives safely. Also I will mark item as “gift”. Check my positive feedbacks from my happy customers. I guarantee you complete satisfaction with all my high quality products. Dear Buyers, as you know we have different time zones and I cannot stay all day at the computer. I may not be able to reply your questions emails immediately. We try hard to satisfy our buyers for 100%. Please visit my store; I always adding new items. The item “AJAX F-21 Vintage USSR Soviet Military KGB SPY 21mm Mini Camera + Spool + Manual” is in sale since Wednesday, August 4, 2021. This item is in the category “Cameras & Photo\Film Photography\Film Cameras”. The seller is “world_antique” and is located in Europe . This item can be shipped worldwide.